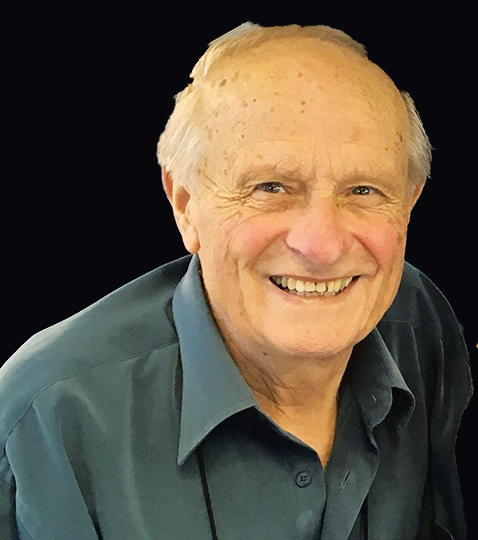 I am a retired Australian university academic with a BSc Hons in chemistry (Melbourne) and a PhD in biophysics (Tasmania) with university research experience with the CSIRO in Canberra, at the Australian National University in Canberra, at Latrobe University in Melbourne (1971-2004), the USA (Michigan State University, University of Maryland) and in the UK (John Innes Institute in Norwich). Together with my research students, we genetically engineered virus- and drought-resistant crop plants in my laboratory at La Trobe University and in the Victorian State Biotechnology Laboratories who provided the much needed funds. Through my knowledge I became acutely aware of the intricate design of cells, especially their energy production systems and the wonderful information stored in our DNA which can be read and acted upon by a suite of superb nanomachines. I became convinced that the God of the Bible designed them all.

I had two weeks of newspaper fame because I was the only openly confessed creationist on university academic staff in a biological sciences department in Australia. I was attacked by local school teachers and university academics in the mid 1980’s when they discovered that there was a creationist on staff. I was the topic of derogatory cartoons and comments over 2 weeks in the Melbourne “Age ” newspaper until the editors put a stop to it. Fortunately, the editor allowed publication of three of my lengthy letters. I was threatened with dismissal by the university on several occasions but was defended by a two members of the staff who, though they did not hold my views, insisted that I had the right to freedom of speech.  Despite the many threats, I continued to hold my position as a senior member of academic staff until my retirement in 2004.

I am the co-owner of a patent on genetic engineering and have published in excess of 40 research papers in scientific journals. I contributed a chapter in a book on heavy metals in the environment and have published two other books:

a). “The Bible and Science” (1985) co-authored with the Rev Dr. Jeff Harvey (Hammond). It became especially popular in Indonesia. The English version is occasionally available on Amazon.

b). “Supernatural Visions and Dreams: Personal Experiences” (2020) available as ‘print on demand’ and in Kindle format on Amazon. Unfortunately I did not have a marketing strategy for that book as I now have for this book.

In the early 1980’s I appeared in two TV shows; Jennifer Byrne, who is still alive and who currently hosts the Australian quiz show “Mastermind”, and her film crew made a 20 min documentary about me on campus. I was also interviewed on TV by David Frost, of the BBC, who had risen to fame because of his decisive interview with President Richard Nixon in 1977. He moderated a debate between myself and a paleontologist from the University of New South Wales, Professor Michael Archer.

Two of my more recent radio interviews can be found on https://realfaith.org.au/dr-charles-pallaghy-1/

Another set of interviews appeared on the Toorak Times podcasts:

Evidence that I upset my Department at University:

My scientific views on creation and the Bible, and letters to the prestigious scientific journal “Nature”, were the subject of discussion in an article published by the Australian Academy of Science (https://www.science.org.au/fellowship/fellows/biographical-memoirs/alan-buchanan-wardrop-1921-2003) in the section headed the  “Botany Department”.

Visit my website www.creation6000.com under the menu “God’s Grace”.

No comments to show.